By now you probably know Queenspark Wendy pretty well if you’ve been following us to some degree. But for those of you who are just now joining the party or, like us, just can’t get enough of her, Wendy is our 7-year-old supermare by Sezuan / Blue Hors Soprano, who’s most often seen performing with Andreas Helgstrand in a show of beauty, elegance and power. 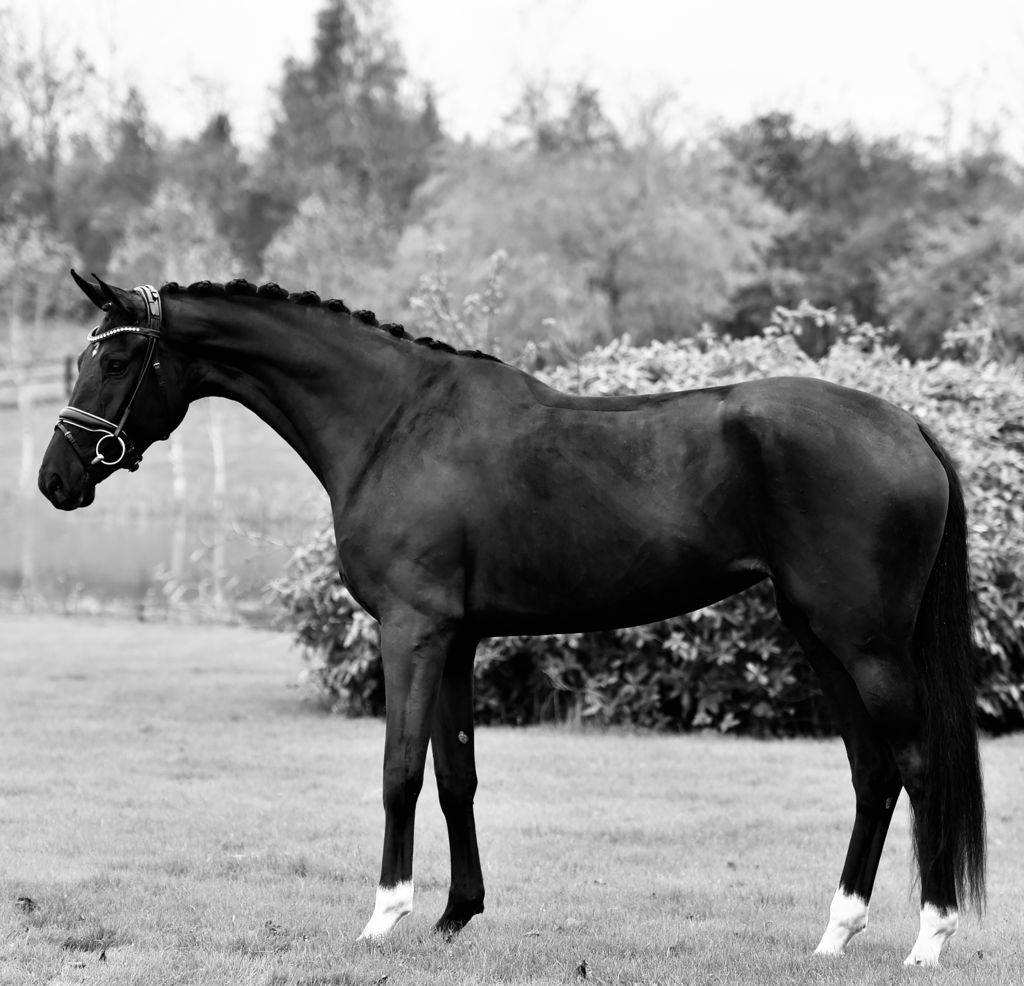 At just 3 years old, Wendy took to the stage and it quickly became apparent that she was born for the spotlight, securing gold in her 3-year-old debut at the Danish Warmblood Mare test and inaugurating the Wendy that we all know and love. Merely two years later at the age of 5, Wendy entered the Dressage World Breeding Championship for Young Horses and proved that she was here to stay. She placed 3rd overall for an impressive bronze medal, right alongside Springbank II who secured 4th for the same year group.

If that wasn’t enough, just last month Wendy was at the World Breeding Championship again and kept the tradition going by becoming the world’s best 7-year-old mare, and placing 6th overall. #WeLoveWendy ! 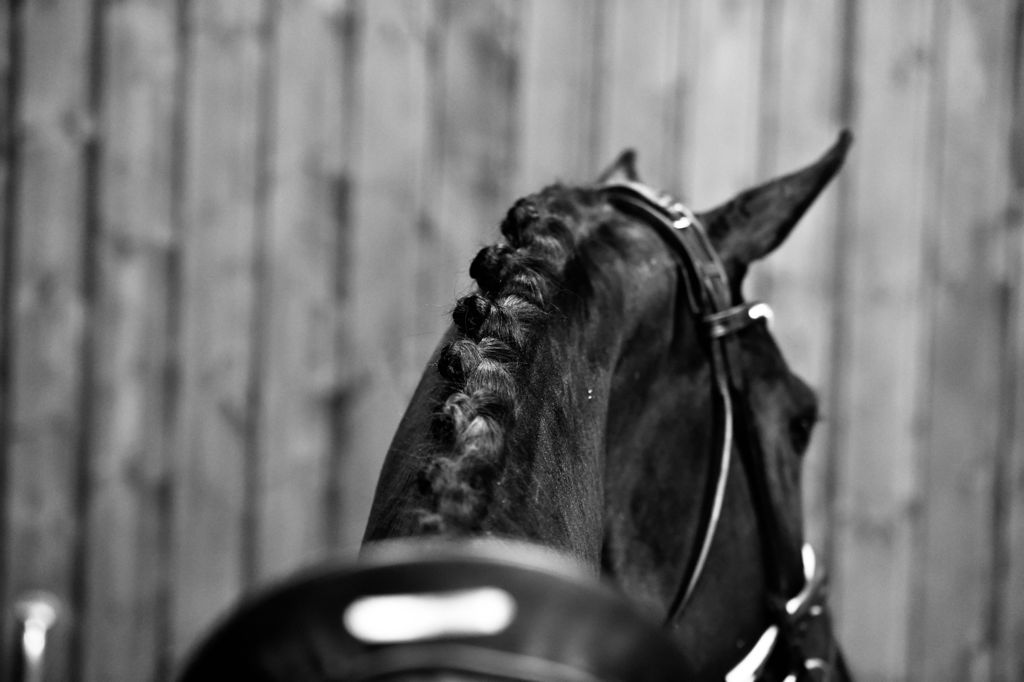 Who you might not know quite so well, however, is Wendy on the home front: working mum, trusted friend, and overall frolicker.

When she gets her way, Wendy can easily spend the whole day in her grass paddock, enjoying her own company and the endless snacking. Once she’s in her paddock, you’ll need a lot of convincing in the form of mash (her absolute favourite snack!) to get her out again. 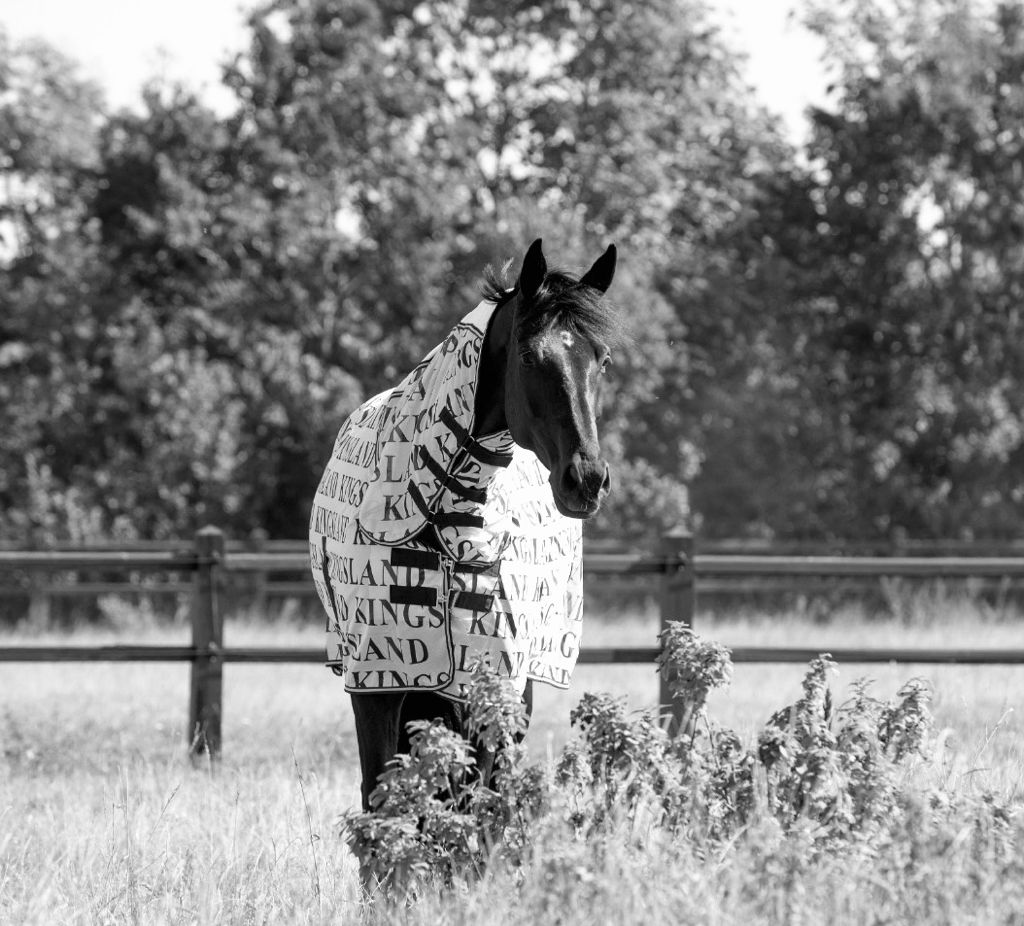 The problem with being a glutton, however, is that it tends to come back and bite you on the behind, or around the waist in this case. So, despite her best efforts and some strongly-worded neighs, Wendy can’t get around her compulsory water-band workouts.

Funnily enough though, the protests seem to change in nature very quickly once she enters the water, turning from stubborness and loud sighs to splashes and a lot of horsing around. By the time it’s time to get up again, Wendy has forgotten all about her initial reluctance, so much so, in fact, that you might even need extra mash just to get her out and back in her paddock. 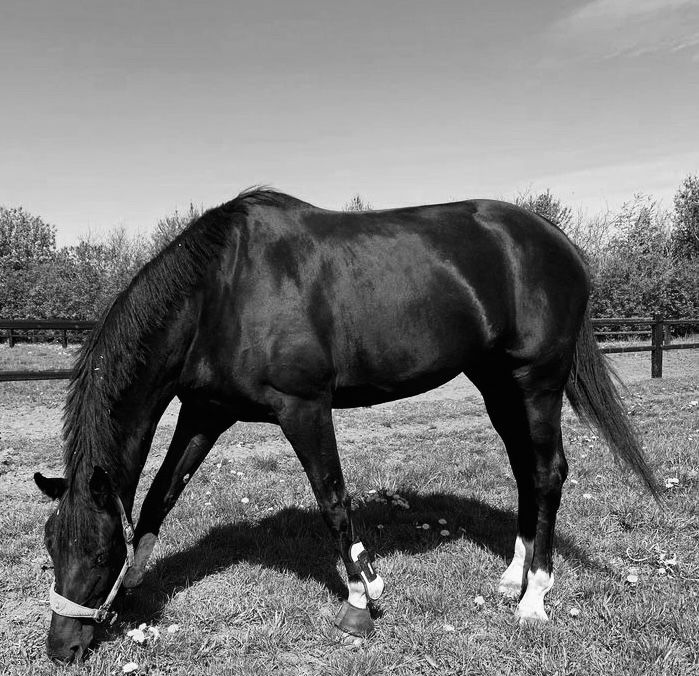 Spend some time with her and you’ll quickly notice that Wendy can be quite a stubborn girl. This doesn’t just refer to her knowing how to get her way but also her choice of friends. Despite Wendy’s extremely high regard for mash, it will take a lot more than just snacks to win Wendy over; you will need hugs, kisses and a certain je ne sais quoi too but once you’ve convinced her, she’ll be your friend for life.

Wendy has managed to surpass everyone’s expectations again and again, both with her outstanding performances and her growth as a character. However, while she’s out competing in the young horse championships etc, Wendy also has three young troublemakers attending boarding school at Château de Fontaine - Sebastopol, Senegal and Samson. 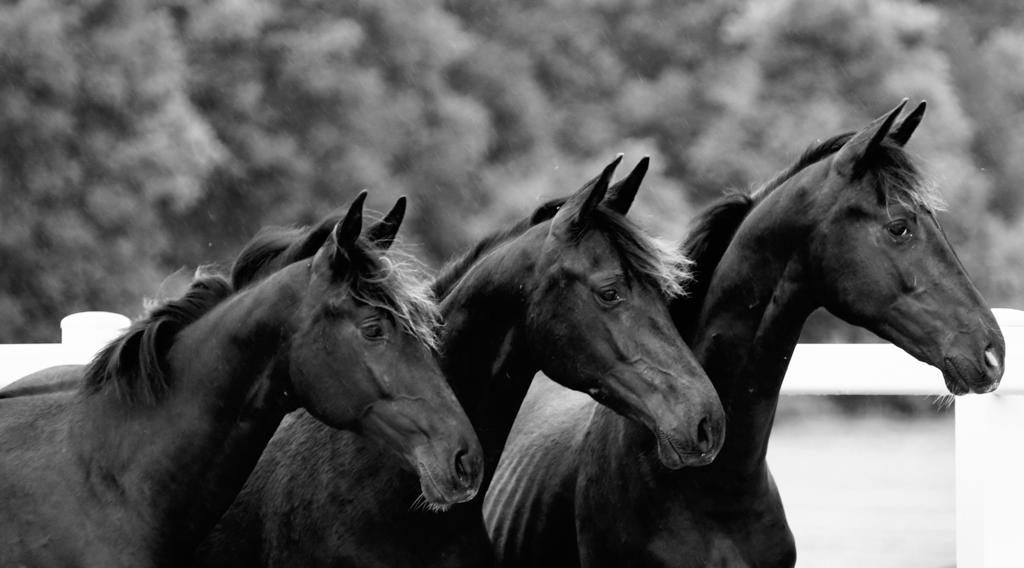 All three brothers share Wendy as their mother and Springbank II as their father, so it’s safe to say they have some pretty big shoes to fill. Right now, however, they aren’t concerning themselves much with the future and are instead spending their days at the château exploring new things, causing mischief and burning off an almost bottomless excess of energy. That being said, we hope to be talking about Sebastopol, Senegal and Samson again in the near future, this time with a few more steps trotted along their exciting paths and perhaps side by side with Wendy’s many achievements to come.