Romanova and her babies

Romanova has been seen as a bit of a superstar for a long time now. She was born in 2010 out of Blue Hors Romanov / Danone I, so already there she had eight, big shoes to fill. In 2014, Romanova was bought by Anna Kasprzak and joined her at the renowned Future Dressage, then known as ‘Kasprzak Dressage’. 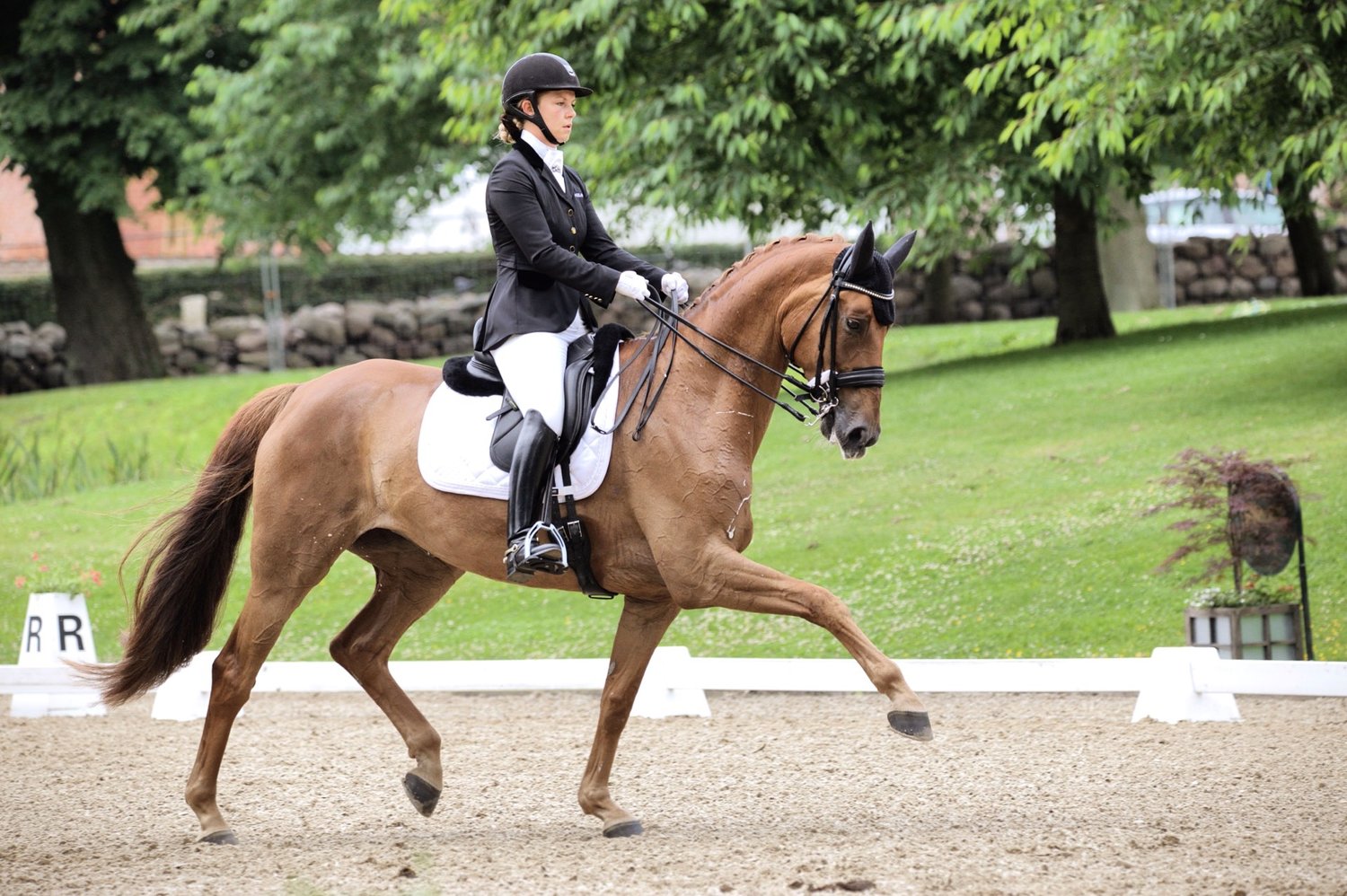 Eight years later, and not much has changed; Romanova remains easy to ride and extremely diligent in her willingness to work. Château de Fontaine has become a new place for Romanova to settle down, grow, and challenge herself in many different aspects of life. 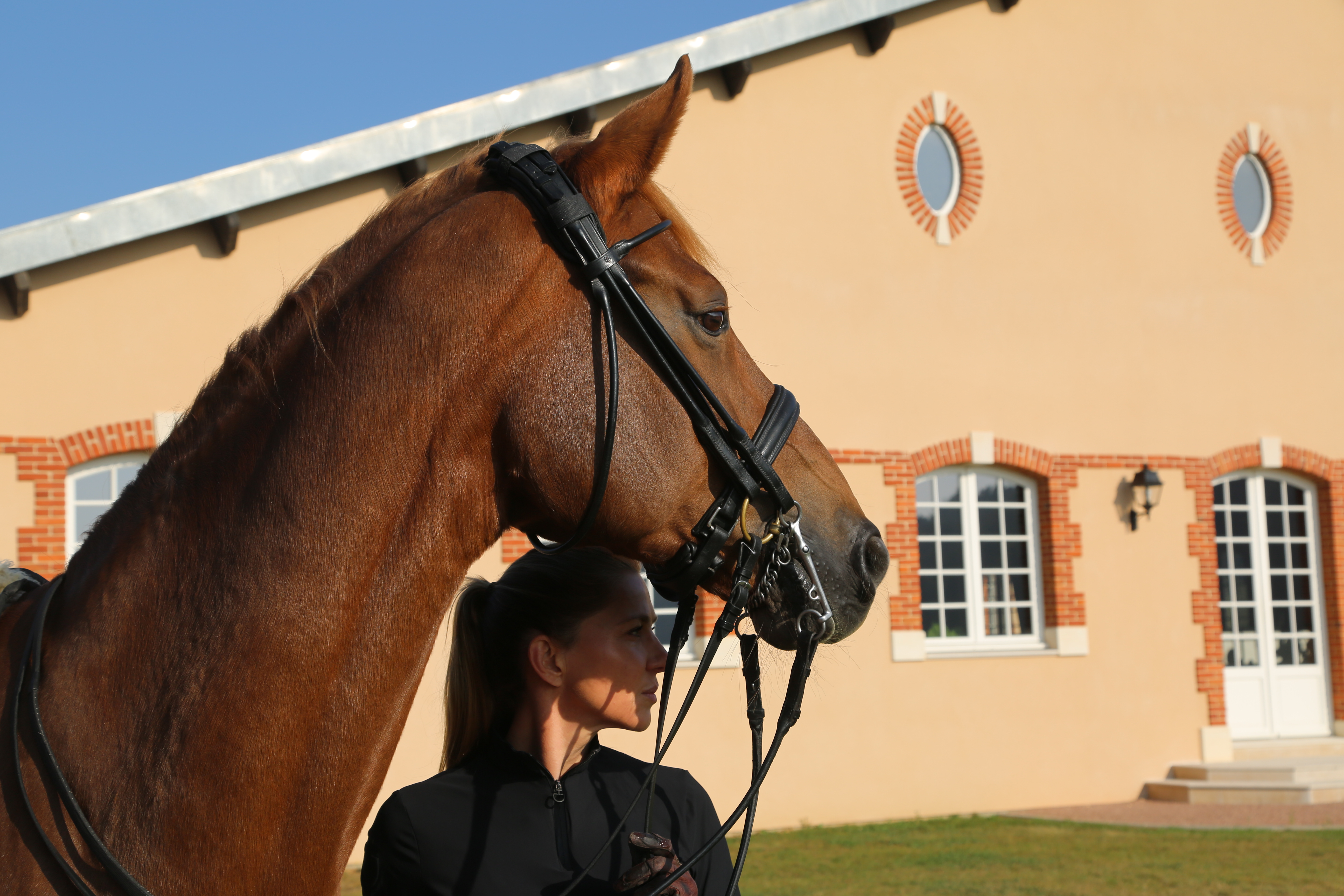 Romanova’s newest endeavour is something that, even more so than previous challenges, requires unparalleled patience, extreme stamina and adaptability to deal with even the most unforeseen of circumstances.

Perhaps somewhat of a relief for Romanova, however, she hasn’t had to birth all three foals. Even Romanova has her limits after all. Instead, each foal has been carefully cared for by one of the lovely nanny surrogate mares.

Joanna is ‘elegance’: sure in her step, curious and nonchalant towards that which doesn’t concern her. Only a couple of months old, and already Joanna seems to believe she owns the arena as soon as she steps foot in it. 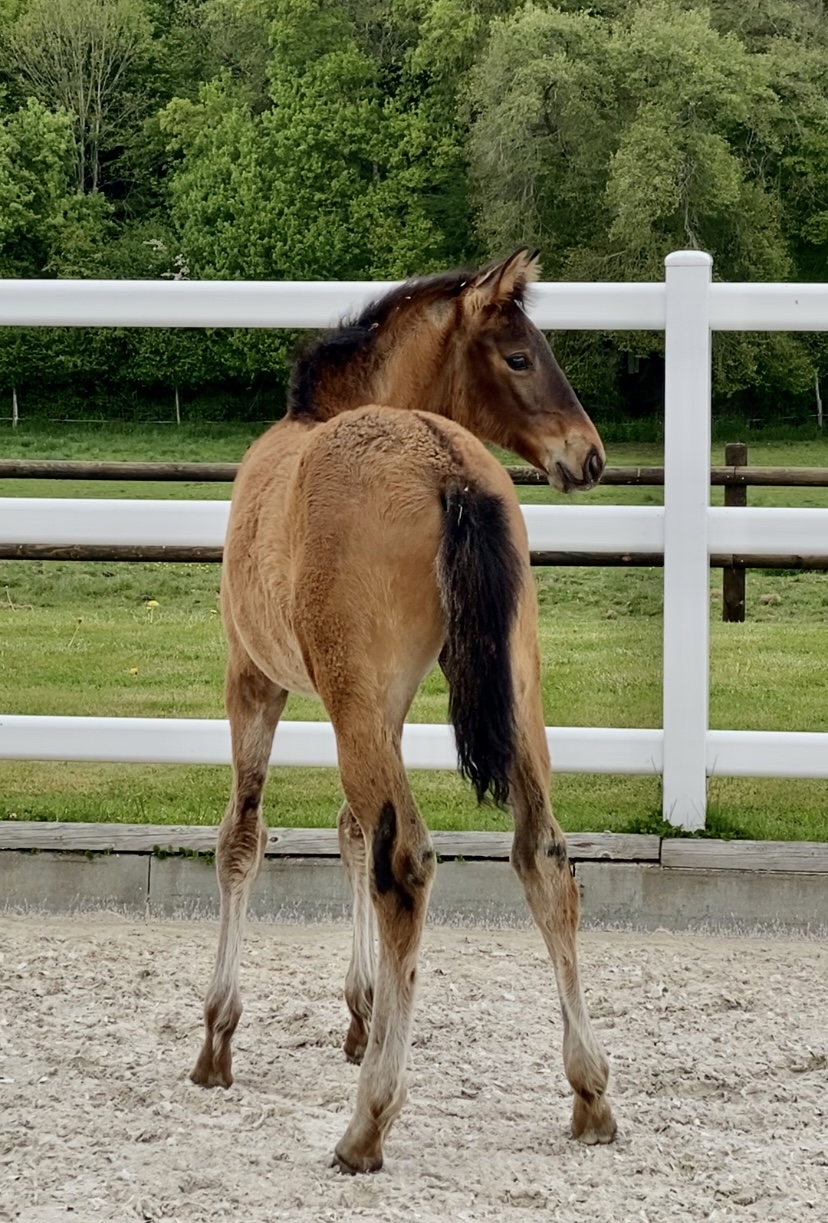 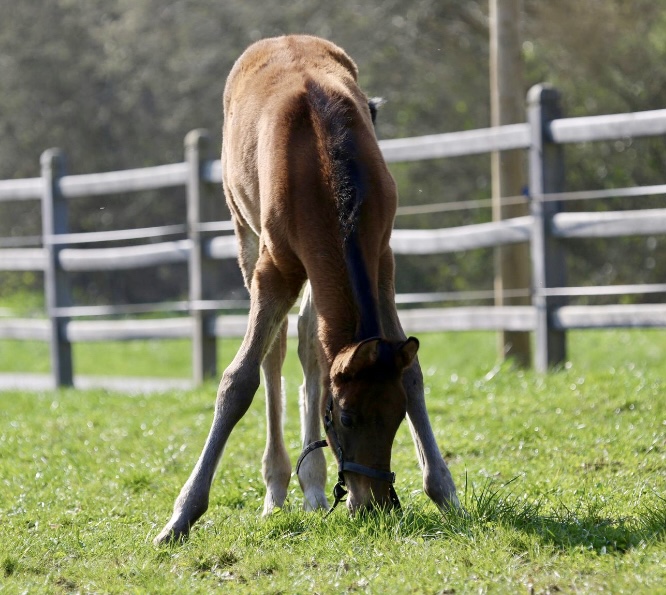 Rocamadour is the embodiment of ‘eat well, feel well’. Life doesn’t have to be a sprint, it can be a nice trot in the park, with stops every now and then to appreciate the surroundings and check if there’s anything edible nearby.

And with that in mind, Rocamadour tends to stay close to mum, where food is plenty and worries are scarce. In contrast, Fontainebleau is ‘speed’. A bundle of energy that builds up over time and needs to be released… without delay.

Often, this means an abrupt urge to dash in any which direction at a full gallop, leaving behind food, dust clouds, and a somewhat exasperated mum. 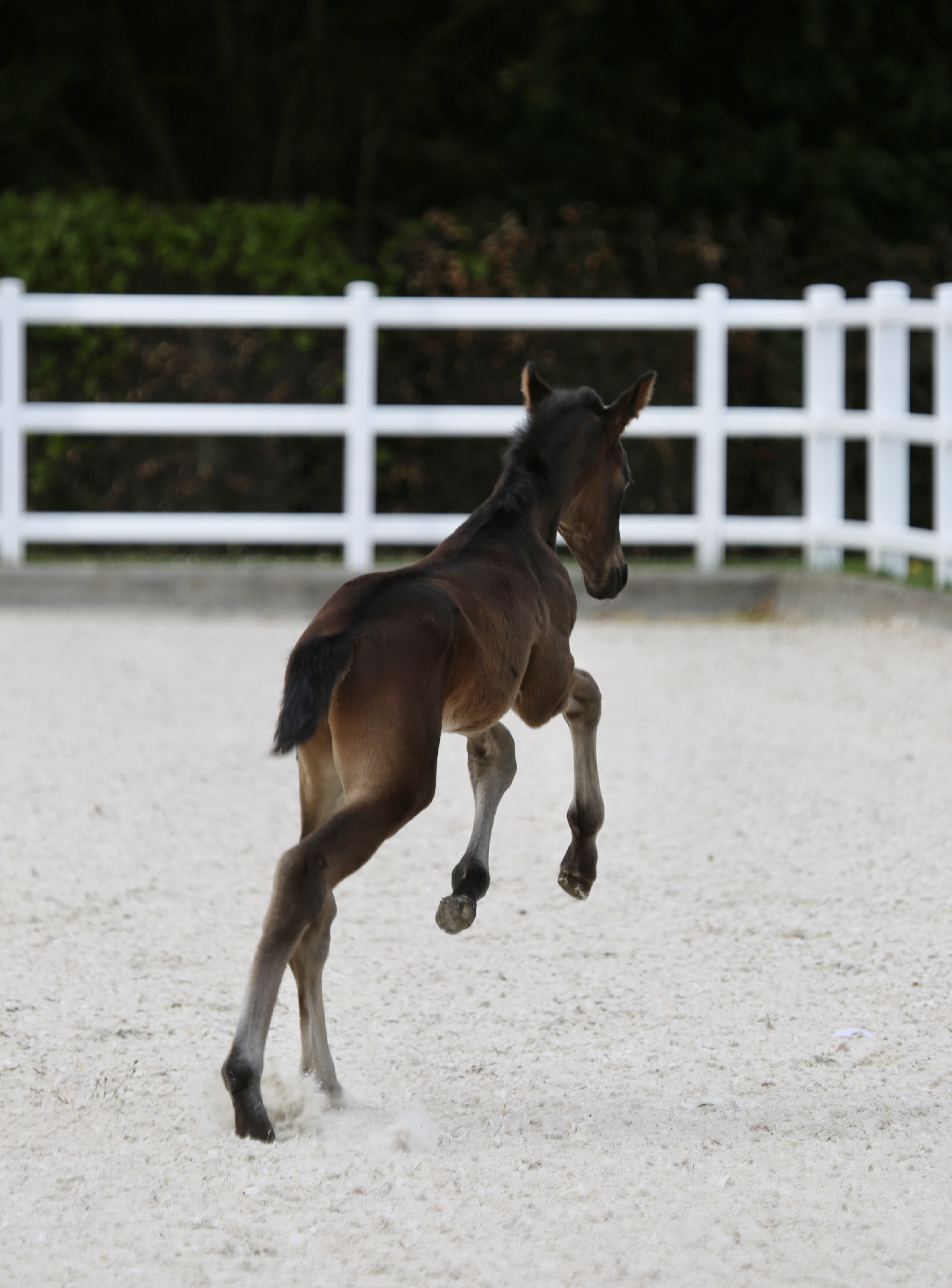 Meanwhile, thanks to the helpful supervision of the surrogate mares, Romanova can continue to work on her dressage and dreams. With every day that passes, the shoes that the three foals have to fill grow slightly bigger. But already, we see the potential for three, unique and wonderful horses.

We can’t wait to see what the future has in store for Romanova and all her foals. We are sure that whatever it is, it will be full of pride and wonder.

We are also bursting with excitement to meet our final Romanova baby out of Total McLaren who with join us very shortly!