Hello everyone! Hopefully you are sitting comfortably because we have some exciting news to share, so you might have to hold on to your seats:)

Not too long ago, we shared a blog introducing our Fantastic Four - the four sports horses that live and train here at Chateau de Fontaine.

But now, in the spirit of not asking someone to do something you wouldn’t do yourself, our two-legged team is finally up to speed and ready to also walk the walk, or trot the trot so to speak.

It’s not been an easy journey, getting both horses and people whipped into shape, but all the hard work is finally paying off as we cheer for the Chateau de Fontaine team to debut their competition careers! Frederikke and Jérôme having an post-performance debrief.

Having Andreas Helgstrand as a partner is always awesome! But it can also sometimes be a bit intimidating to compare oneself to someone who rides at the highest possible level of dressage, and who has been competing for medals at the Olympics! Nonetheless, with the intimidation comes motivation, and life is too short to let a little fear keep you from doing the things you love.

As such, the team of Bolette, Frederikke, Jerome, Papi, Deevoice, Prima Donna and Romanova set forth to conquer the world, even if just one small competition at a time :)

And despite the level of competition being nowhere near that of Andreas and Wendy, everyone has worked extremely hard to reach the startline. Being able to already see huge progress in riders and horses alike, is more than enough motivation to push through and reach for the higher levels of competition. Bolette and Tiffanie headed to the arena.

Their first appearance took place back in March, at le Mans, Boulerie Jump.

Prima Donna, who treats the arena like a catwalk and loves to show off in front of a crowd, and Frederikke, who’s second life in Paris means training only once a week, joined forces to take on the competition.  The two rookies not only managed to complete the rigorous dressage programme, which is an achievement in and of itself, they also exceptionally managed to take first place, and win all their categories!! True girl power!

And if that wasn’t enough, Frederikke rode right out of the arena, jumped onto Zantros (aka Papi), and did it all again. 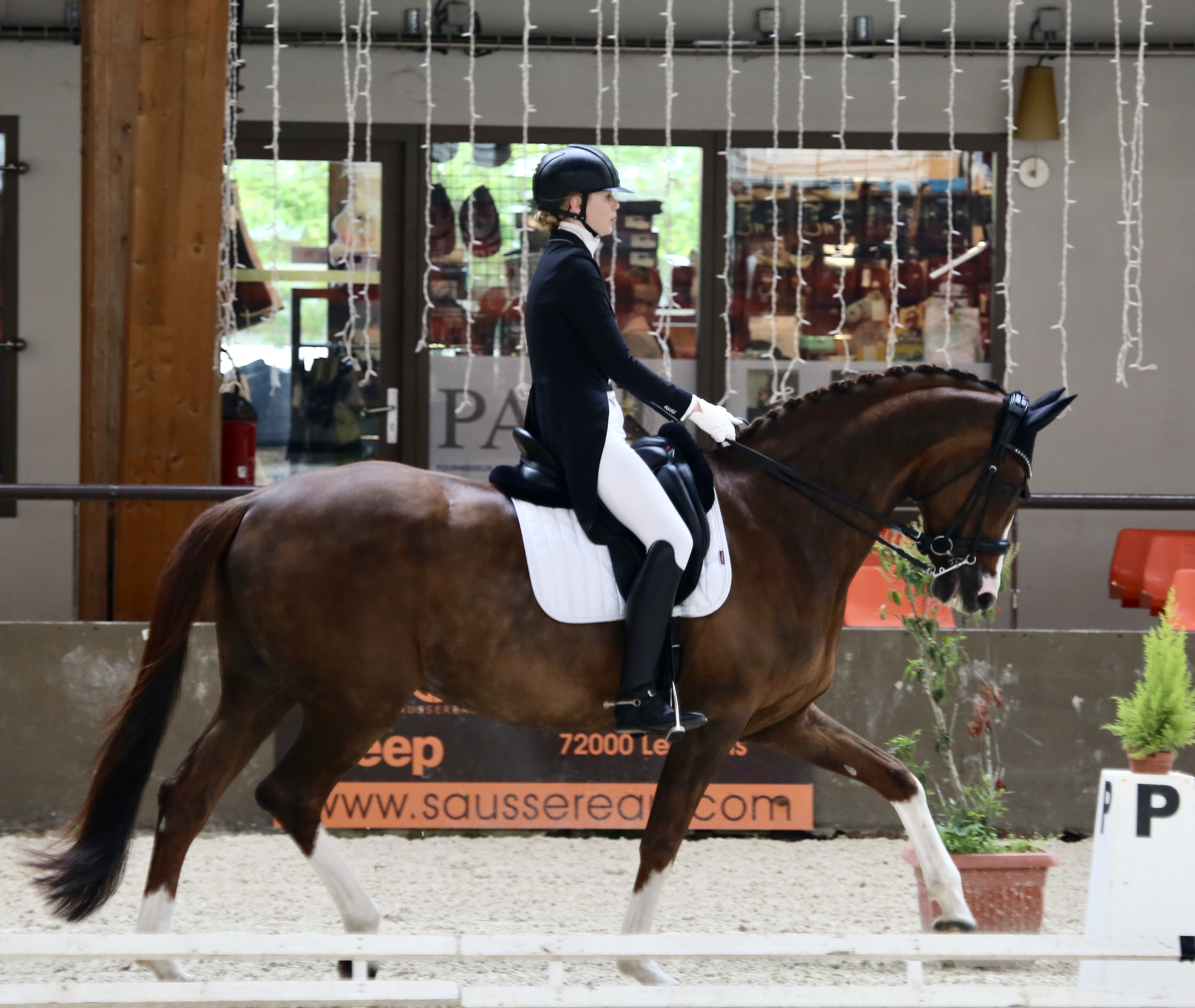 Joining them at the debut was Bolette who, as you may know, has a little more than just horses on her plate to think about, and Romanova, who was so tense she looked like she was walking on stilts when she first arrived at the Chateau. But despite the odds, this dynamic duo also managed to woo the crowds, as they impressively came third in their very first appearance.

Bolette and Romanova after an amazing performance!

Last but not least, Jerome dug up his roots as a former student at Haras du Pin after a much-too-long hiatus, and joined the stunning Deevoice in dancing their way to victory! A beautiful performance, made all the more incredible when you know how impossibly stubborn Deevoice gets if she decides that today is not the day. Jérôme and Deevoice on their way to kick some butt!

These wonderful results were more than any of us could have asked for, and just being able to participate with our very own team was a gift in itself. But, while the stunning results are from the performance that you see on the stage, none of it would have been possible without all the hard work that Tiffanie did behind the scenes. So a massive round of applause to the whole squad! We simply can’t wait to see how the future will unfold for our newly-established, but driven team. Certainly, it will be a difficult journey, but they truly gave it their all in their debut and managed to take home some results they can be proud of! Jérôme and Tiffanie cheering on on the sidelines.