Alert: The 2018 Hands-Down Hottest Fathers to Be

We'll just come right out and say it: Prepare for some serious stallion eye candy, when you meet the 6 exciting Helgstrand Dressage stallions we've chosen for our 2018 foal collection. 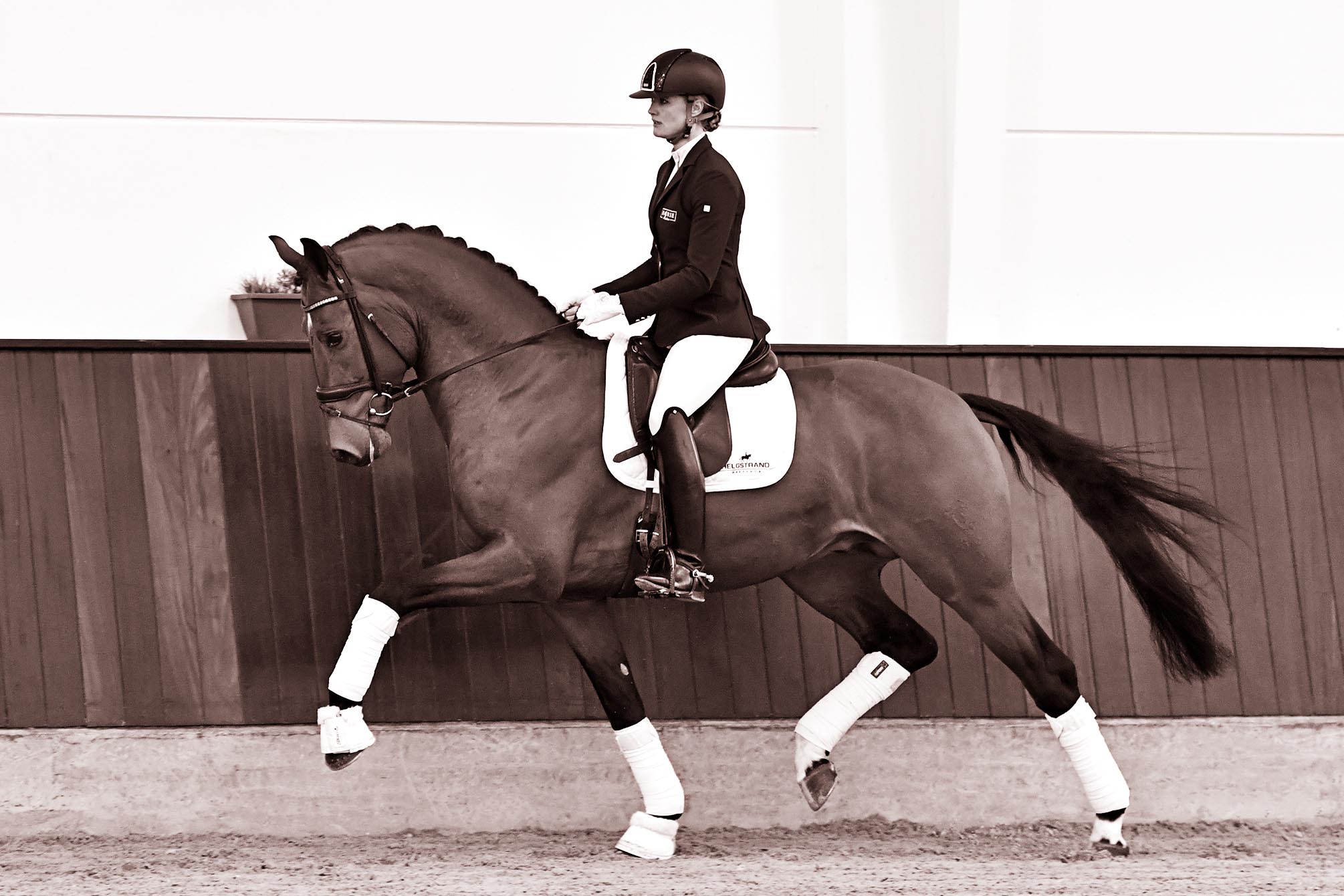 Valverde is an exciting young stallion who at first glance is the image of his damsire Ampere. He has very powerful quarters, which together with a short, strong back present a very good hindeg with lots of forward thrust, and spring. His paces are very balanced and rideable, with all three gaits being good quality. He was the champion stallion of the Westphalian licensing in 2016 and is a very interesting stallion by a WCYH finalist, Vitalis and the popular Dutch Ampere as Damsire. 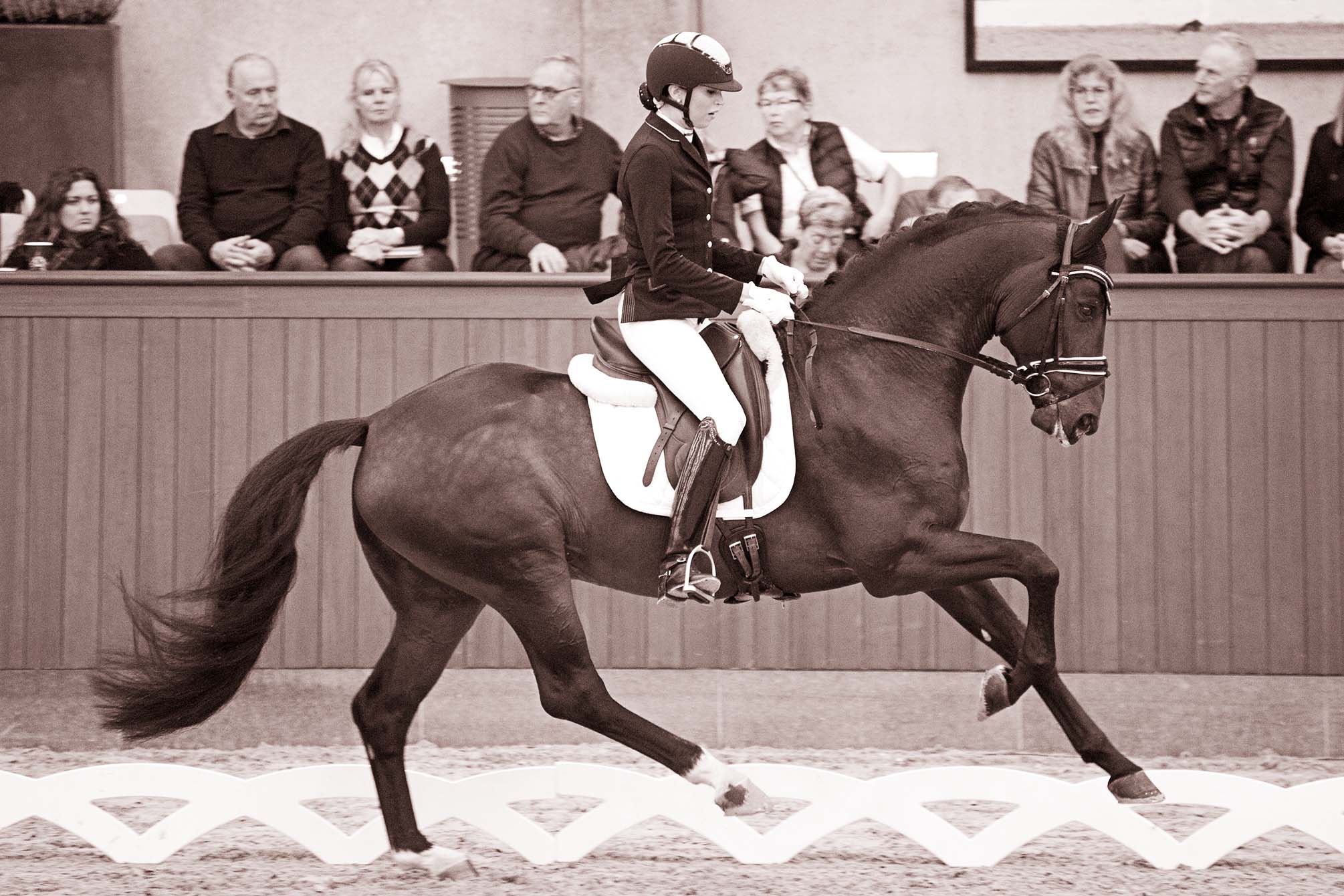 For Emotion is a superb young stallion who has already impressed the breeding world. He is the image of his sire, Foundation; very supple and powerful. For Emotion moves through his whole body with excellent mechanics, and has a particularly good canter, with a fantastic hindleg. For Emotion's dam Samira was Bundeschampion as a six-year-old and went on to compete successfully up to small tour level.  For Emotion was bought at the PSI Auction for €550,000. In his performance test, he scored 9.5 for his trot and canter and an outstanding 10 for rideability, and finished on an overall score of 9.2. 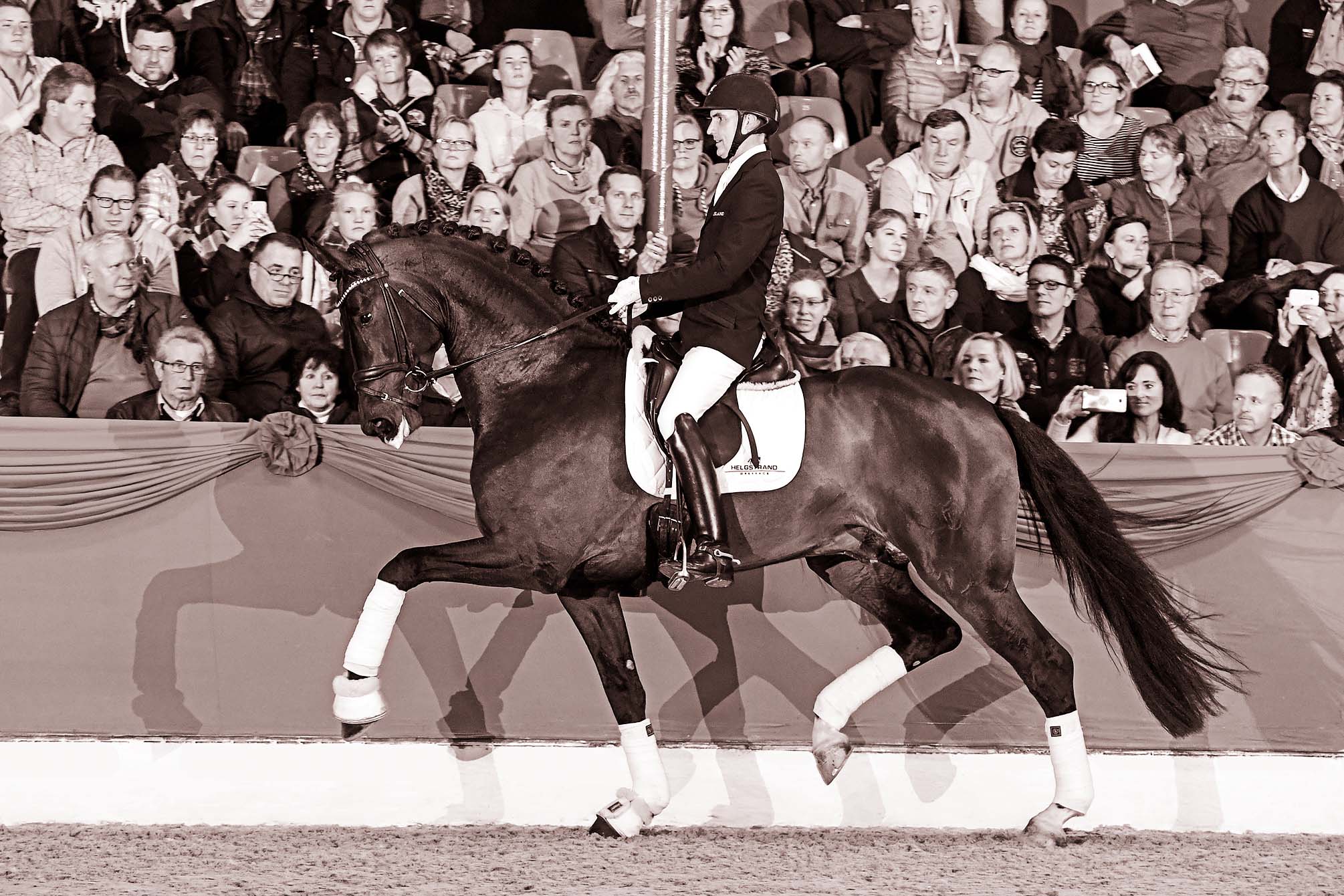 With a winning bid of EURO 1.2 million, Revolution broke the record for all German stallion auctions at the Hanoverian licensing in Verden in the autumn of 2015. High-set, elegant and with three fantastic basic gaits and a wonderful temperament, he is an ideal modern sports horse. Revolution’s sire, the premium stallion Rocky Lee, is considered one of the best sons by the top stallion Rock Forever, who is already an established name in international horse breeding owing to top-notch sons and daughters. Revolution was awarded premium stallion in HANN 2015 and in DWB 2016 as well as champion stallion in DWB 2017. 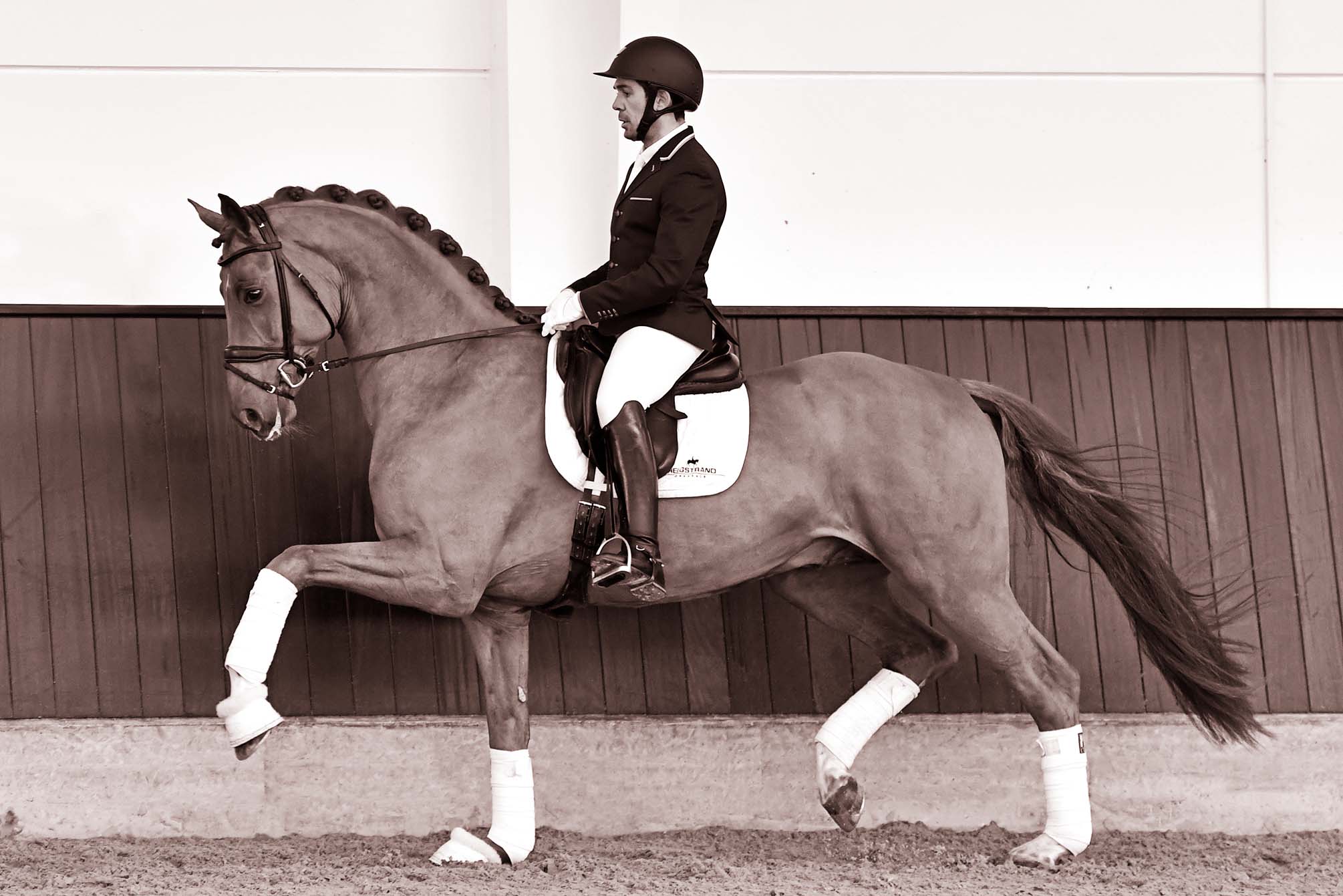 Springbank II VH is a full brother to the 7-year old Springbank, which were very succesfull at the world championships for 5-year old horses, and got to the finals. They also won the Swedish championships for 5- and 6-years old horses. The mother of Springbank II VH is a full sister to the approved stallion Dalwhinnie 1180, he is also competing in Grand Prix. Springbank II VH was sovereign winner of the DWB's 35-days performance test and achieved a total score of 954.5 points with 10 in rideability and capacity and no marks under 9. He also participated in the Swedish Breeders Trophy for 3yo's and won scoring 972.5 points. 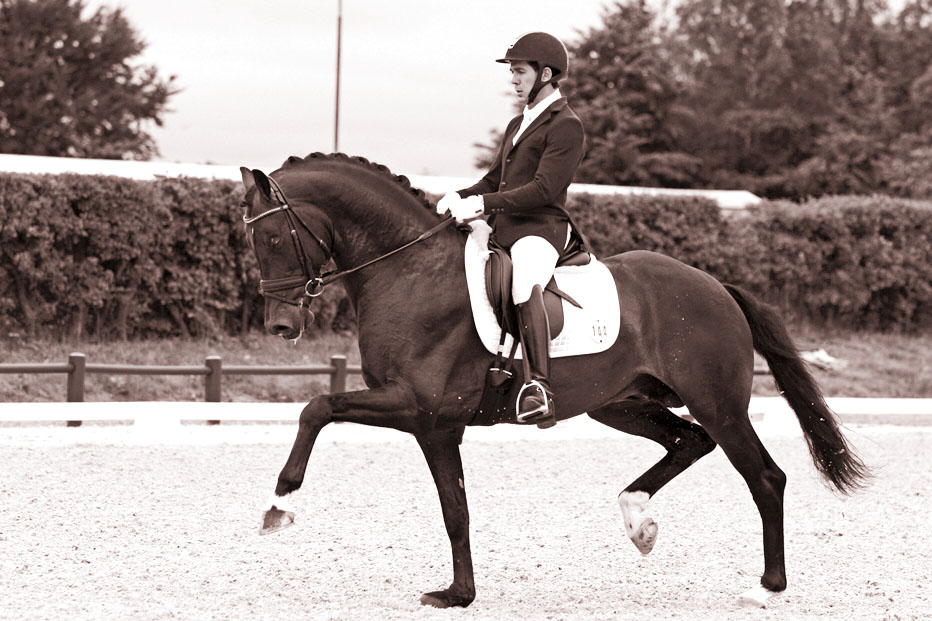 2013 KWPN Champion Franklin is an extremely interesting champion stallion by the popular and internationally recognized Ampére, who got his breakthrough this year with eight approved sons in Holland, Westfalen and Holsten. Ampére was champion stallion in Holland in 2008 and later on, he won the material test. His sire, Rousseau, won silver at the world championship for young horses in Verden in 2003 and has been able to present the champion stallion in Holland three times in a row. As a 5yo, Franklin was a finalist at WCYH and also participated as a 6yo. His first offsprings have shown great potential. One of Witch - Faretti - was awarded Danish Dressage Filly Champion 2017. 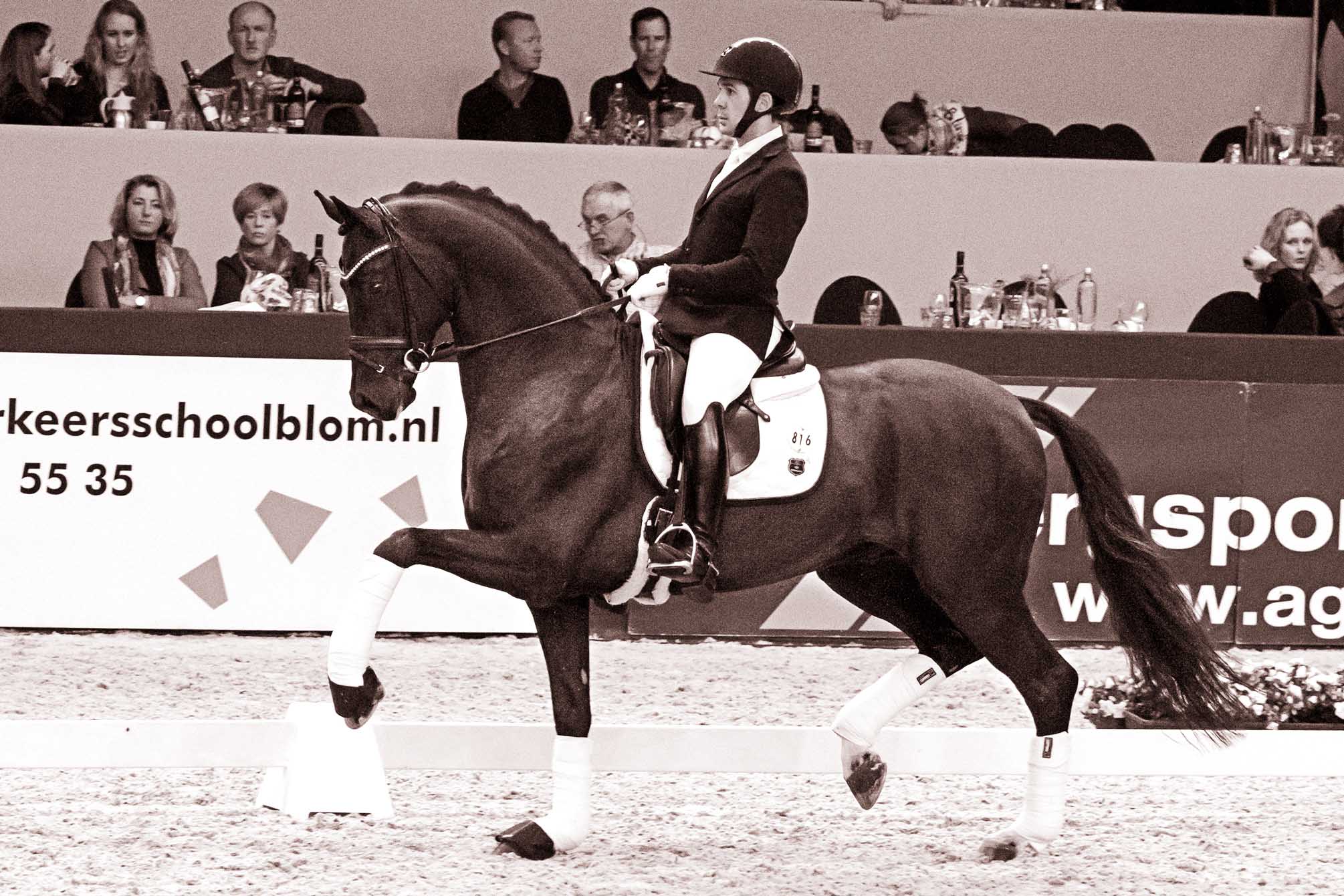 Ultra-modern, lustrous black young stallion by Apache, the KWPN Grand Prix newcomer. In fact, Galaxy is the first stallion in Denmark by Apache, who had 6 sons selected for this year's KWPN-licensing. Galaxy is by the recognised elite mare Winner T, who is by the Grand Prix stallion and breeding magnate Jazz, and therefore, a full sister to the Prix St. Georges horse Volvo. In the third generation, we find the well-reputed Zeolit, sire of numerous Grand Prix offspring, e.g. Gomerant, Oscar B and Lawoel. In 2014 Galaxy was awarded champion stallion in DWB. In 2015, he placed 2nd in the 4yo final at the Danish championship and participated at the 2016 WCYH.