A Day With Naya

05:45. The kitchen light ruthlessly turns on. The rhythmic sound of Lola’s eternal snoring radiates from the adjacent dog bed. The smell of coffee. Naya knows that Bolette is about to start her morning rounds of the château and that she would be delighted beyond measure if Naya was to join her - but it’s just so early… Naya raises her head and lets out a tired greeting but her eyelids seem to have stopped listening and sleep soon reclaims her.

07:30. The harsh human light is replaced with the refreshing rays of sun that enter through the windows. The rhythmic sound of Lola’s eternal snoring radiates from the adjacent dog bed. The smell of breakfast. Now this is better. A yawn, a stretch and a jump later, Naya is sat expectantly in front of Conrad, who’s covertly trying not to look her in the eyes as he eats his cereal. But Naya has long since perfected the arts of the puppy-eyes and Conrad soon buckles beneath the pressure. Breakfast is served, and with food in the belly, the day is ready to begin. First stop, the château. Or more accurately, the stables, but the château happens to be on the way to the stables, and we wouldn’t want something bad to happen just because no one was keeping an eye out, now would we? After a light jog past the renovations and workers, Naya can finally step on the gas. The grand Tilleuls trees with their busy crowns race past her on her right and the newly roofed pool house rushes past on the left. In no time, Naya is standing diligently at attention in front of Bolette’s office door, ready to provide her crucial assistance. This usually means lending psychological therapy and wellbeing while taking a well-deserved nap. 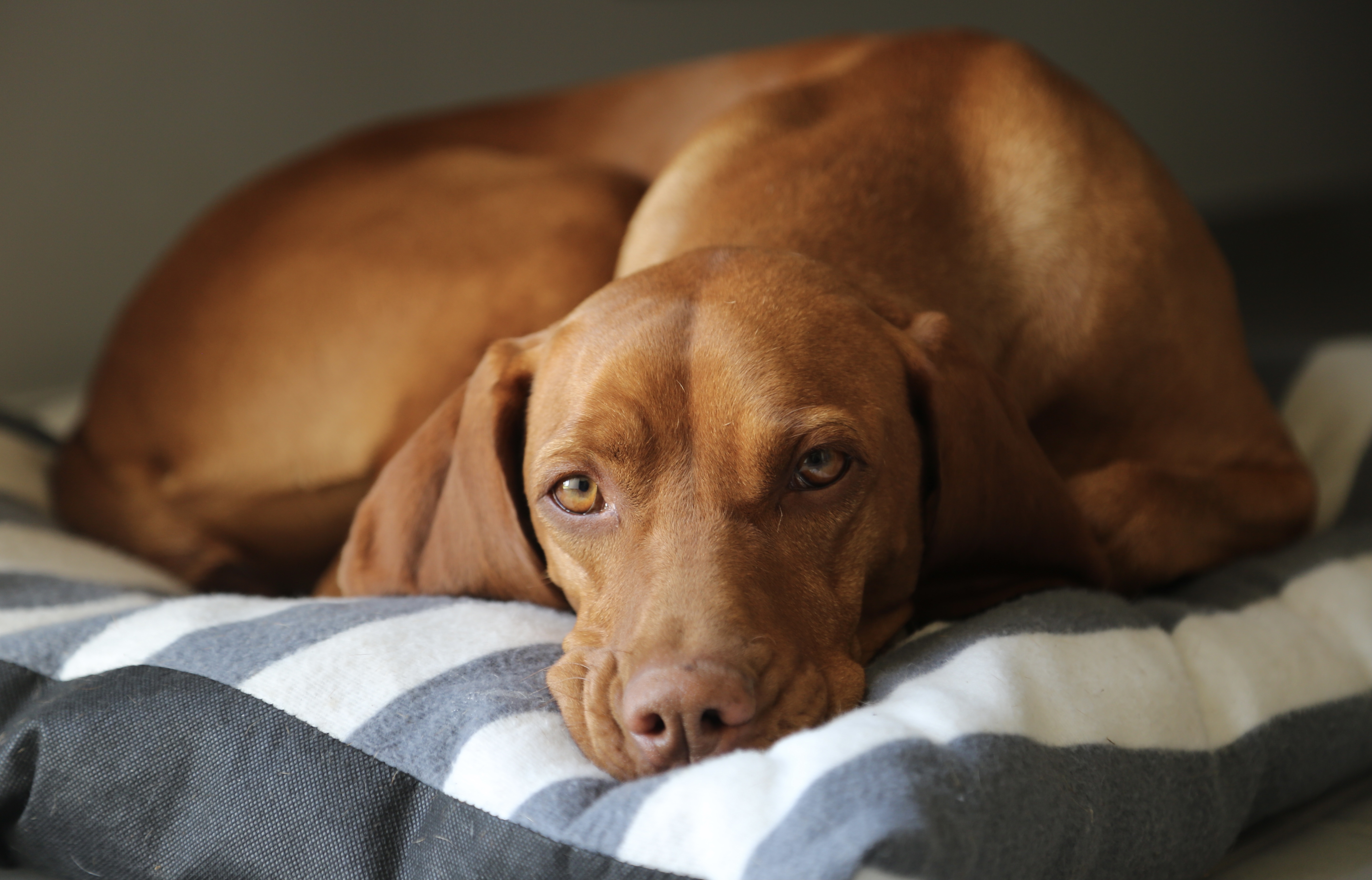 However, the occasional whiff of all of the outside happenings can be very distracting, and surely all hard-working employees deserve a little time off every once in a while. Feeling vindicated, Naya quietly slips out the door to chase a scent that she knows very well: the smell of freshly cut grass and all of the unveiled burrows that accompany it, waiting to be explored.

After quickly locating a burrow with potential, Naya begins the operation. In strategic undertakings such as these, it’s all about how sneaky you can be on the approach: the quieter you are, the closer you can get. When Naya has determined that the distance is just right, she sits slightly back on her haunches and readies for launch. Before a countdown can even be started, Naya is hurtling through the air, nose pointed straight at the burrow.

She lands with a thump and begins digging right away, but manages to catch only dirt and air. A little frustrated, but finding peace in knowing that there’s always tomorrow, Naya lets up the hunt and wanders over to the stable fountain. 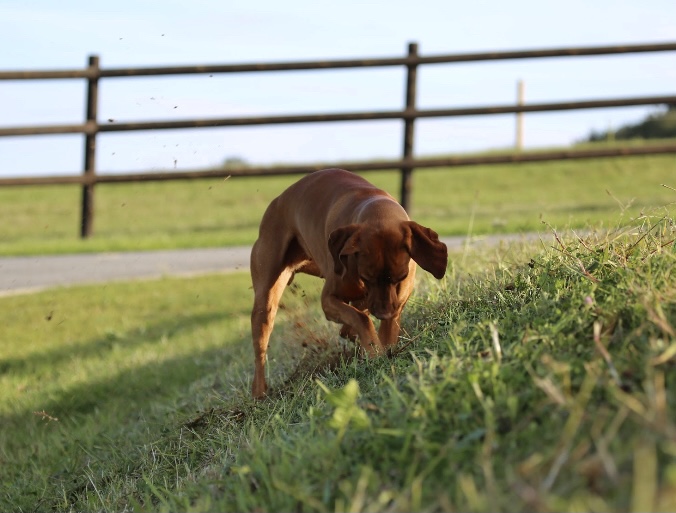 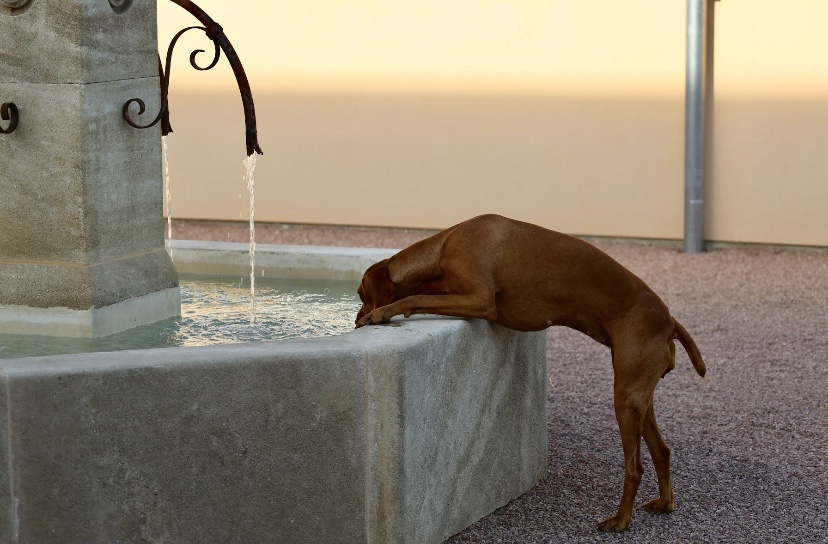 After a refreshing drink, it’s time to take a break from taking a break, and actually help out a little. The humans are kind, have great beds and give amazing scratches behind the ears, but some things they’re pretty bad at so Naya has to help them out a little. Therefore, Naya does her own daily inspections of the stables, just to make sure everything is as it should be. This includes checking in on the horses and taking notes on any worries they might have. 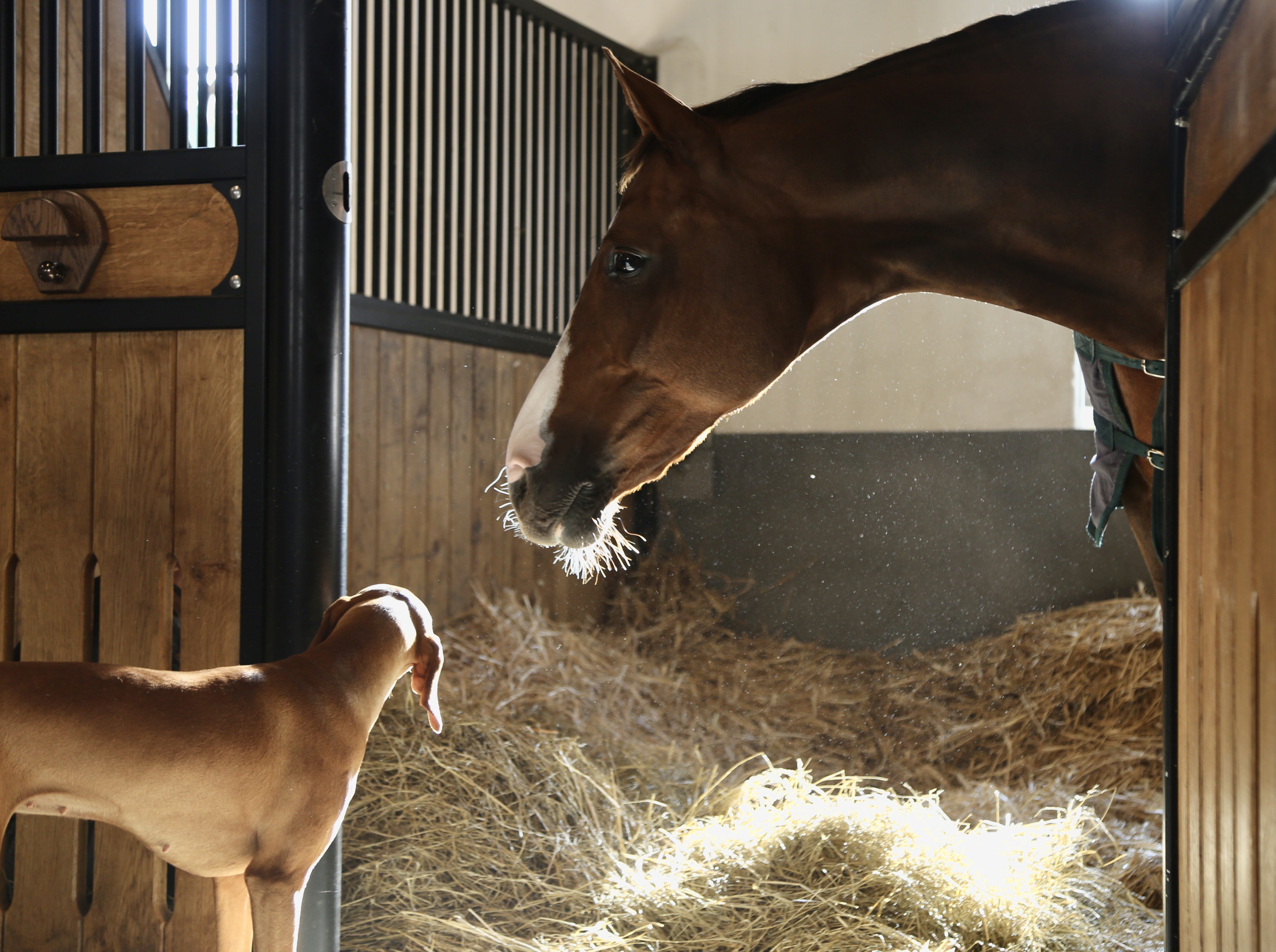 After having spoken to all of the horses, Naya is finally ready to call it a day. She quickly sprints the distance back home, this time not slowing for the renovations nor the château, and slips through the half-open kitchen door with practised ease. Naya places herself in the dog bed and lets out a satisfied sigh, causing Jacob to momentarily turn away from his cooking and glance over at Naya. The table lights dimly illuminate the room. The rhythmic sound of Lola’s eternal snoring radiates from the adjacent dog bed. The smell of dinner simmering on the stove. Now this is life. Naya lowers herself down to her stomach as sleep slowly takes her away. And in all likelihood, Naya probably won't wake until dinner time comes around.